Have aliens actually placed a mysterious device into orbit above our planet to communicate with humanity? Let's learn more about the mysterious black knight satellite.

According to those who believe in the existence of some mysterious alien artifact lurking in the solar system, the Black Knight’s next attempt to contact Earth occurred in 1927. This time the alleged Black Knight transmission was picked up by a Norwegian engineer named Jørgen Hals.

While he was experimenting with radio signals, Hals noticed that some of the signals would echo back to him several seconds after the initial transmission had ended. He was at a loss to explain what accounted for these Long Delayed Echoes. In the 80-odd years since Hals’ discovery, no one has been able to conclusively explain what accounts for these eerie echoes, making them a perfect target for those with a penchant for conspiracies.

The next alleged “sighting” of the Black Knight was in the early 1960s, when TIME reported an unknown object was discovered to be in polar orbit around the Earth, something of an anomaly considering that both the US and Soviet satellites of the time were all in equatorial orbit. A few weeks after these initial reports, the US Department of Defense announced that the object had been identified as a piece of the Discoverer satellite.

Many were skeptical of this explanation, so for years this mysterious “dark” satellite continued to be cited as evidence of the existence of the Black Knight. As it turns out, the skepticism was warranted, but not because the object was an alien spacecraft. Rather, declassified documents revealed that it was, in fact, a part of the United States’ CORONA project, a mission that produced the world’s first successful space photo-reconnaissance flights in an effort to monitor Soviet missile facilities.

This Day in History
So the Black Knight lived on through the 70s and 80s as little more than a highly speculative urban myth with next to no hard evidence to support its existence. This all changed in 1998, when those on the Space Shuttle Endeavor flight STS-88 photographed an amorphous black object hovering ominously above the Earth. 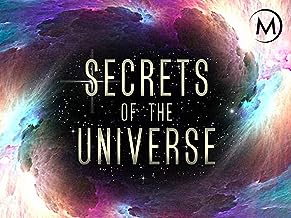