They Discovered Something on Mars and Phobos that Cannot Be Explained ..

Right now, Mars is the third brightest object in Earth’s night. The Moon and Venus are the two brightest objects, and usually Jupiter is third. But for this season, Mars is passing close enough to Earth to outshine Jupiter. This great visibility of Mars coincides with an event known as opposition, which happens every two years and two months. Opposition occurs when the orbit of a planet, such as Mars, takes it near the Earth. Just like runners passing each other on a track, the faster, inner planets, such as Earth, can approach and overtake slower-moving outer planets like Mars. When the planets pass each other during this opposition, Mars’ proximity means it will appear larger and brighter in our sky.

Because the Sun, Earth, and Mars are lined up during this passing, Mars will rise at sunset, having a high overhead at midnight. At its furthest, Mars reaches about 250 million miles (400 million km) from Earth. During the October opposition, it will be as close as 40 million miles (60 million km) – nearly seven times closer. Although Mars will still look like a bright star to the unaided eye, it will grow dramatically in size when seen in a telescope. This year, Mars’ closest approach to Earth happens just a week before the opposition on Oct. 13, giving the Red Planet its biggest, apparent size of the 2020’s. 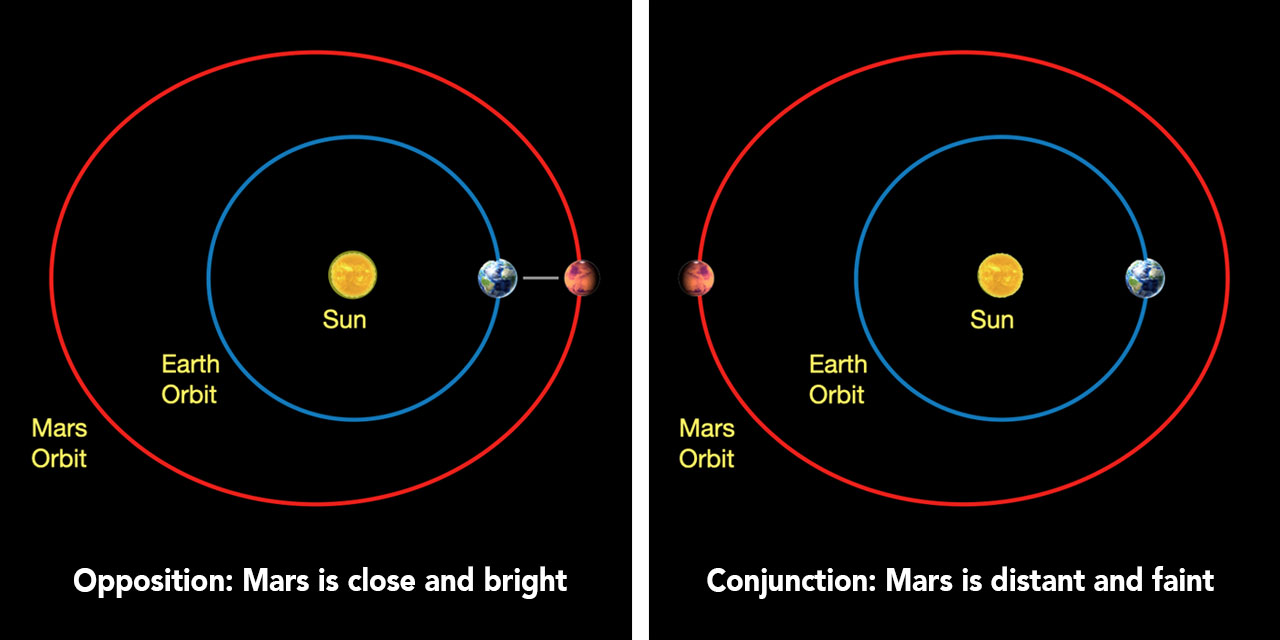 When it comes to observing Mars around opposition, telescopes will show more of the planet’s details, such as dark and light regions on Mars’ surface, and the prominent south polar ice cap, which will be tilted towards the Earth. Due to the turbulence of our atmosphere, these details can be hard to see, especially in smaller telescopes. Many amateur astronomers use a color video camera attached to their telescope, running special software that selects the best frames to stack into a single image. This helps in negating the blurring caused by the air. The most striking thing about Mars’ appearance – whether seen with the naked eye or through a telescope – is its red color. This color is caused by iron in the rocks on Mars’ surface – the same thing that causes the red color in sandstone formations in the southwestern US. So, when you spot Mars, keep your eye on it and enjoy its fiery, red brightness! 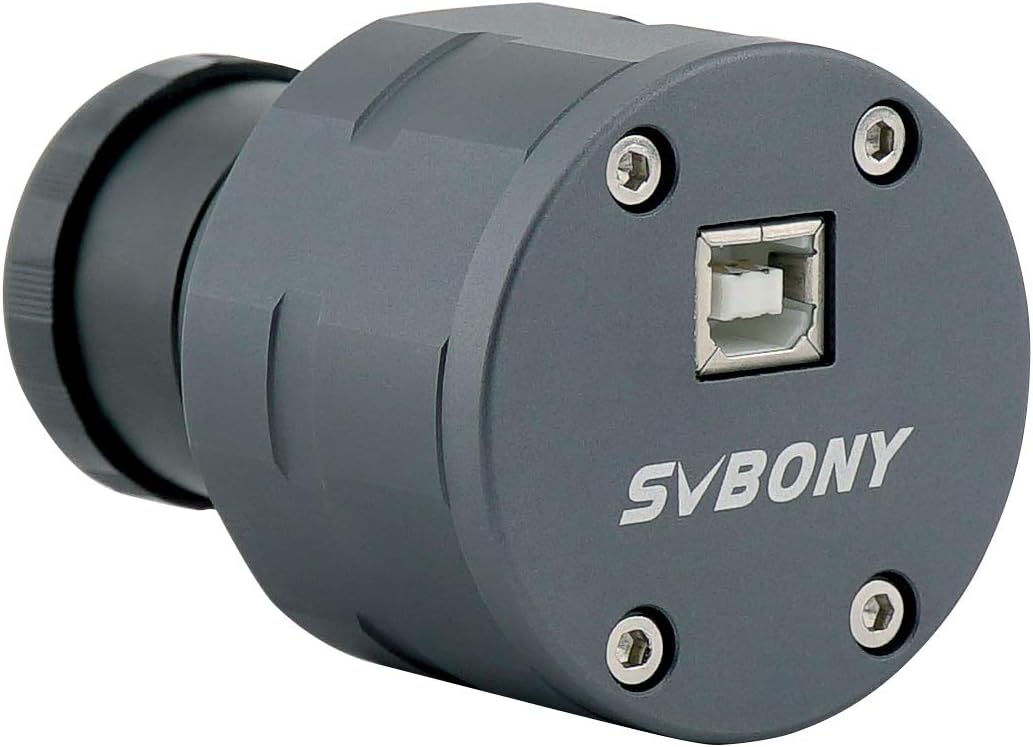