Are we alone? 10 Signs of Alien Life The Aetherius Society was founded by Dr. George King after he claimed to have been contacted in 1958 by a 'Cosmic Master' - an advanced extra-terrestrial being - called Aetherius and told him that he'd been chosen.

"Prepare yourself, you are to become the voice of interplanetary parliament," was the message. In the society, this is known as 'The Command'.

Dr King became the primary point of human contact for the Cosmic Masters until his death in 1997.

The recordings and transcriptions of such messages - from a variety of alien intellects - are an important part of services held by the society in present times.

Some scientists maintain that we will find alien life in the next thirty years, if not sooner.

By Space & The Universe HD

The Milky Way is the galaxy we live in, one of the countless collections of stars and dust throughout the universe. It's a reality so basic, grade school kids learn it. Just 100 years ago, the nature of the Milky Way — and the universe itself — was still a matter of debate. On April 26, 1920, astronomer Harlow Shapley claimed our galaxy was the entire universe. Astronomer Heber Curtis countered that the blurry star clusters seen with a telescope were “island universes,” separate from, but analogous to, the Milky Way. Within five years, Edwin Hubble produced a reliable distance to one of the clusters we now know is our neighbor, the Andromeda Galaxy. His measurements showed that the gulf is so vast, Andromeda must be outside the Milky Way. Upon seeing a note from Hubble describing the results, Shapley said, “Here is the letter that destroyed my universe.” He wasn’t all wrong, though. In the years since, his prediction that our solar system is far from the Milky Way’s center was proven true. 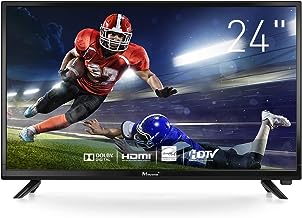 By Space & The Universe HD

McGill Physics student Evelyn Macdonald and her supervisor Prof. Nicolas Cowan used over a decade of observations of Earth's atmosphere taken by the SCISAT satellite to construct a transit spectrum of Earth, a sort of fingerprint for Earth's atmosphere in infrared light, which shows the presence of key molecules in the search for habitable worlds. This includes the simultaneous presence of ozone and methane, which scientists expect to see only when there is an organic source of these compounds on the planet. Such a detection is called a "biosignature." "A handful of researchers have tried to simulate Earth's transit spectrum, but this is the first empirical infrared transit spectrum of Earth," says Prof. Cowan. "This is what alien astronomers would see if they observed a transit of Earth."

Relief never tasted so good! CBD Gummies are the way to go when wanting a yummy way to reduce the pain, relieve anxiety, or kick back and relax.